Be Bold: A Campaign for Our Future promotes the opportunities, innovations, and partnerships that will shape the future of The University of Texas at San Antonio, the state of Texas, and beyond. As the largest fundraising campaign in the history of the university with a goal of $500 million, the campaign directly supports UTSA’s 10-year strategic vision introduced by President Taylor Eighmy and will provide the infrastructure and resources needed for UTSA to become a national model for student success and research excellence.

The campaign was finally ready to begin their public phase of the campaign after raising over $311 million in just 5 years, with the goal of showcasing the impact donations have in the UTSA community while inviting new potential donors to support this campaign. We designed a site based on the campaign's branding that highlighted the goals of the campaign, its donors, the team behind it, and most importantly the people it directly impacts. The Be Bold campaign site needed to tell a story and inspire the UTSA community and beyond to give and support the universities goals for the future. 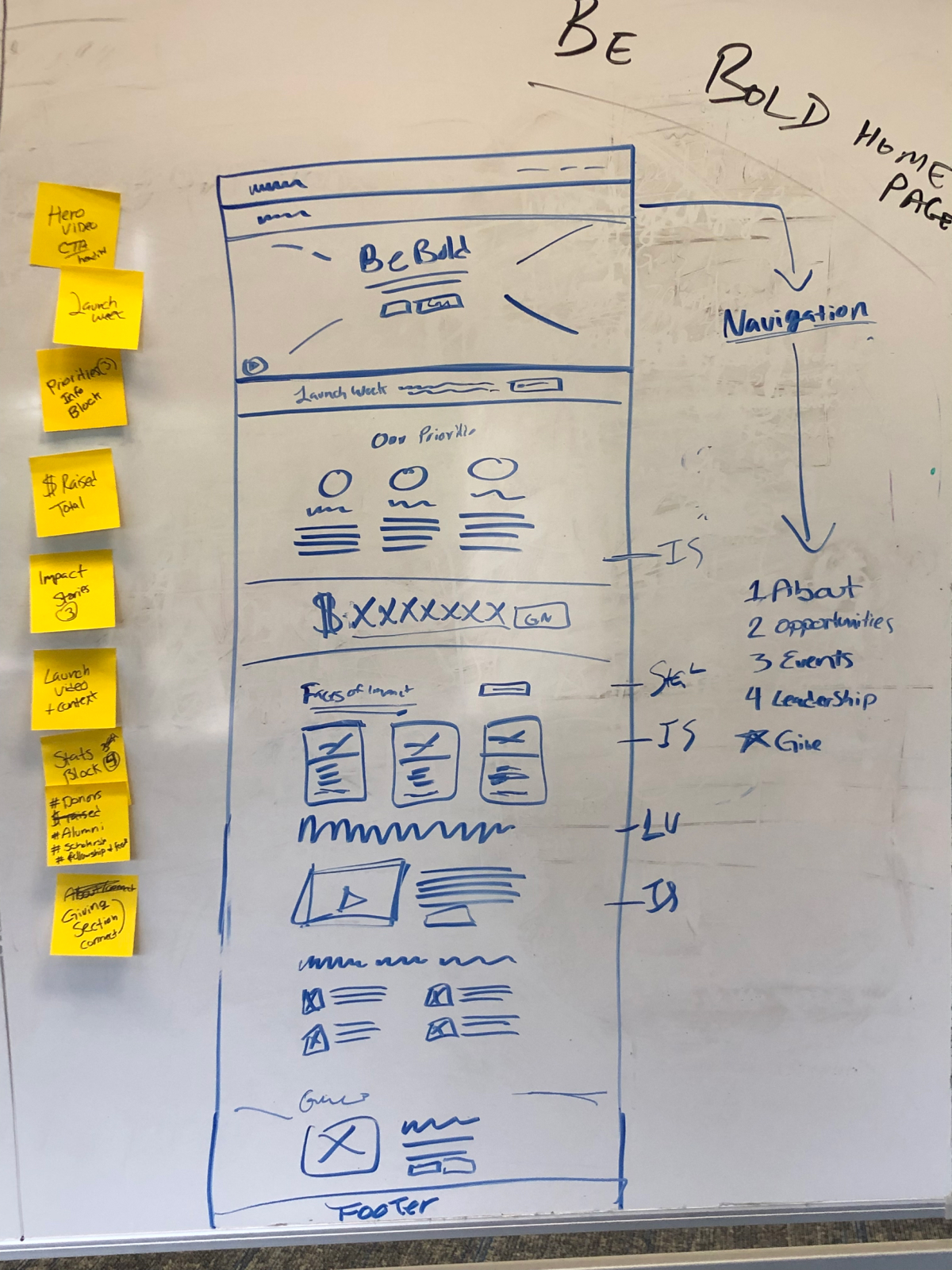 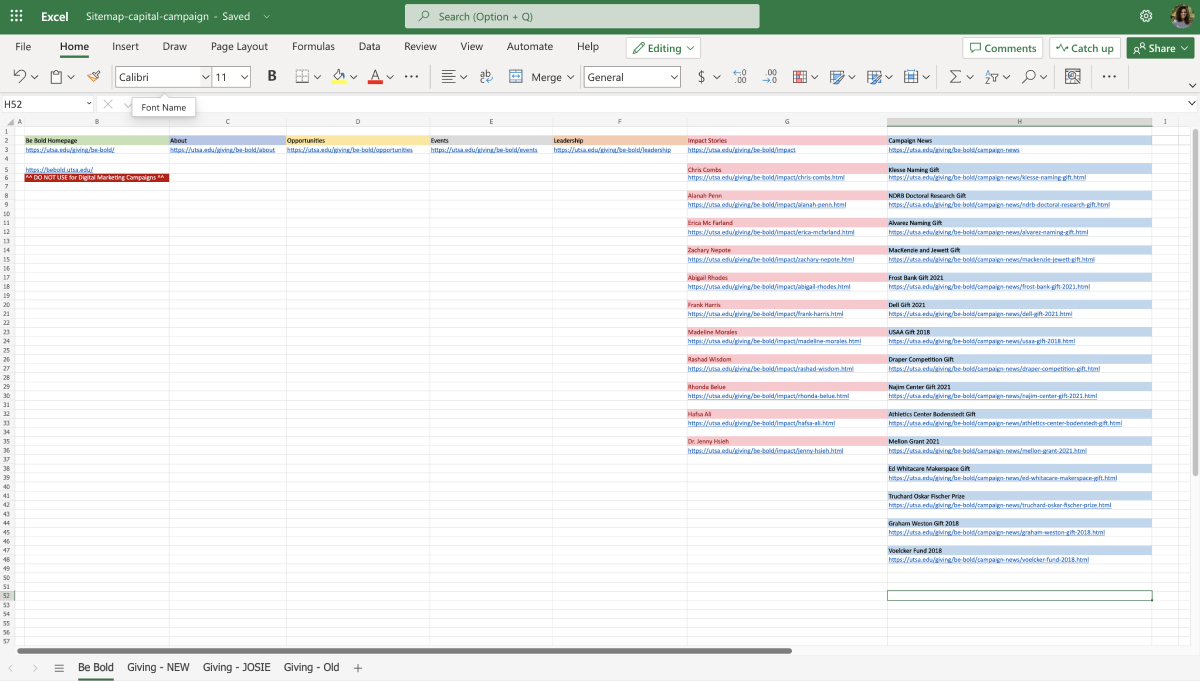 Gearing up to the full kickoff of the public phase was a series of events leading up to the big announcement of the total money raised to date. We needed to get a landing page that showcased all of these and begind to tease the campaign launch while we were designing and building the full site. 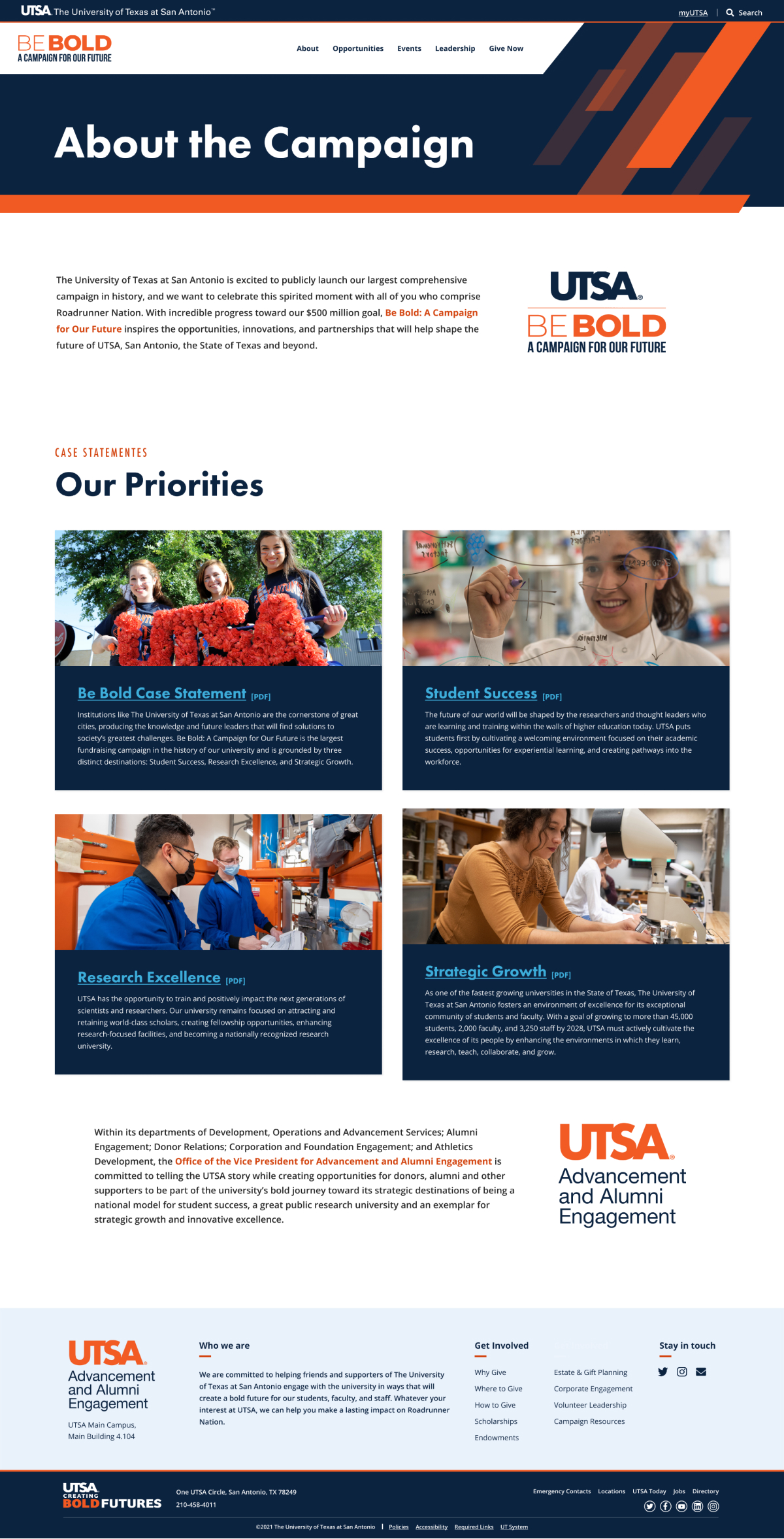 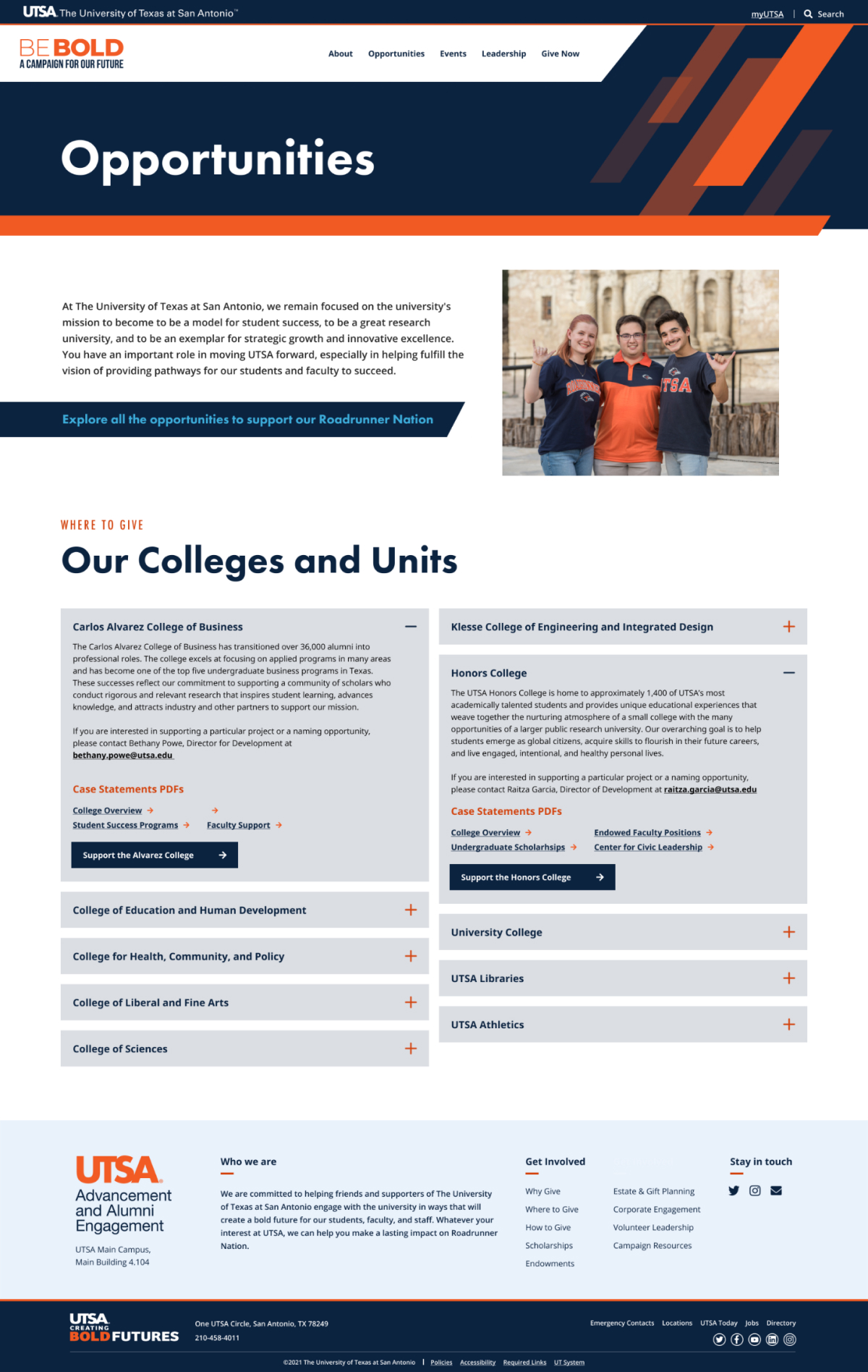 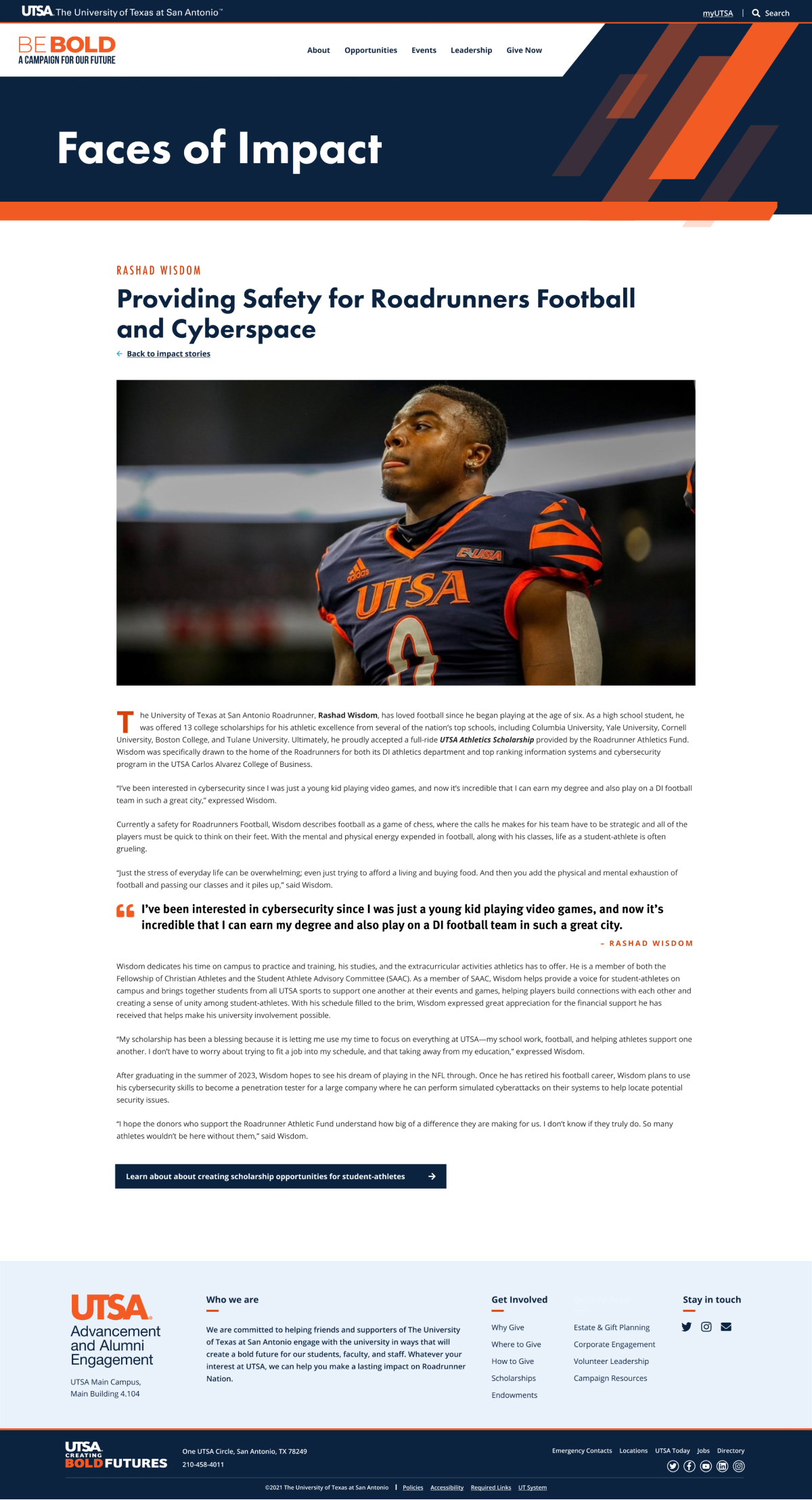 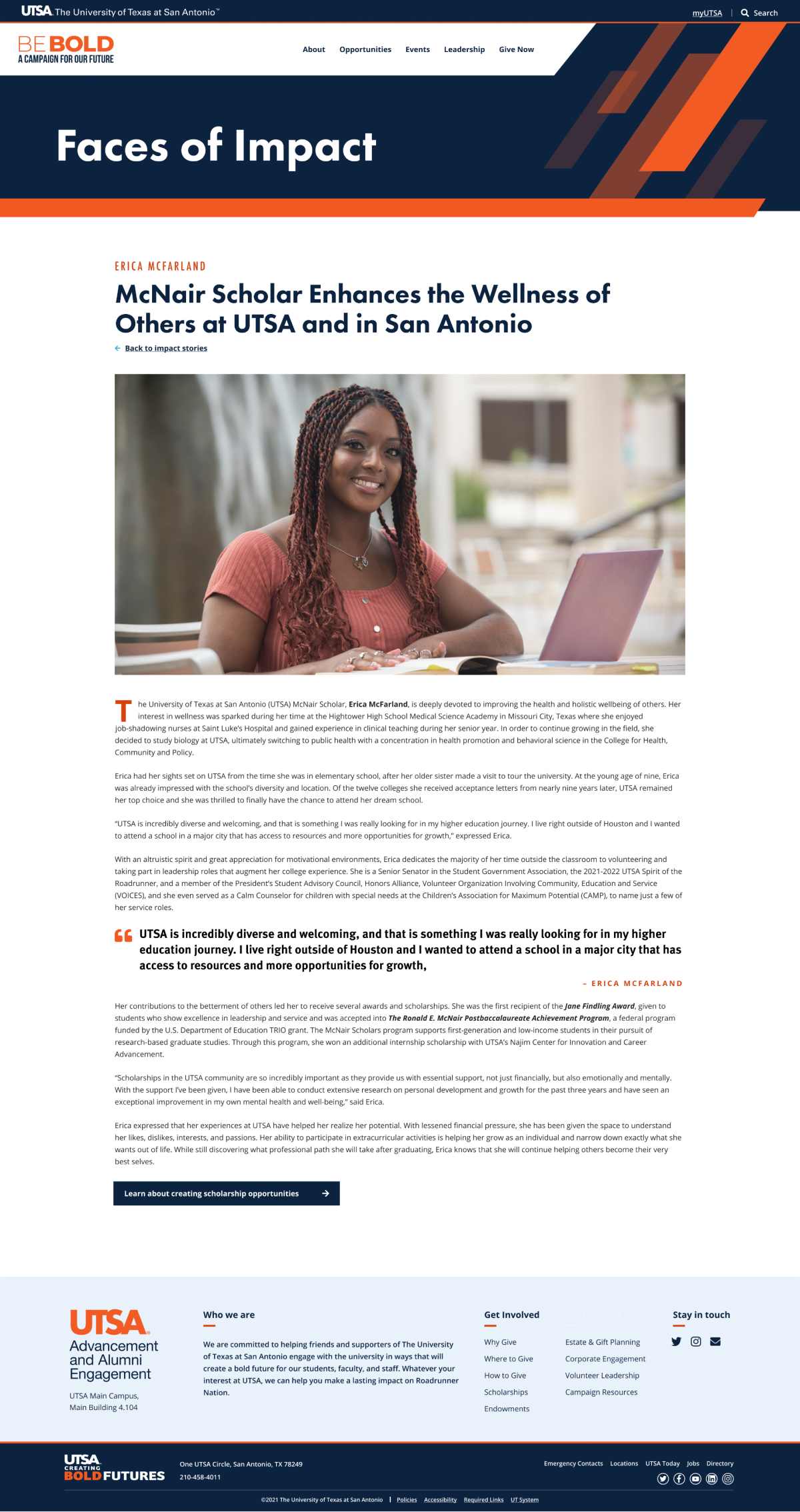 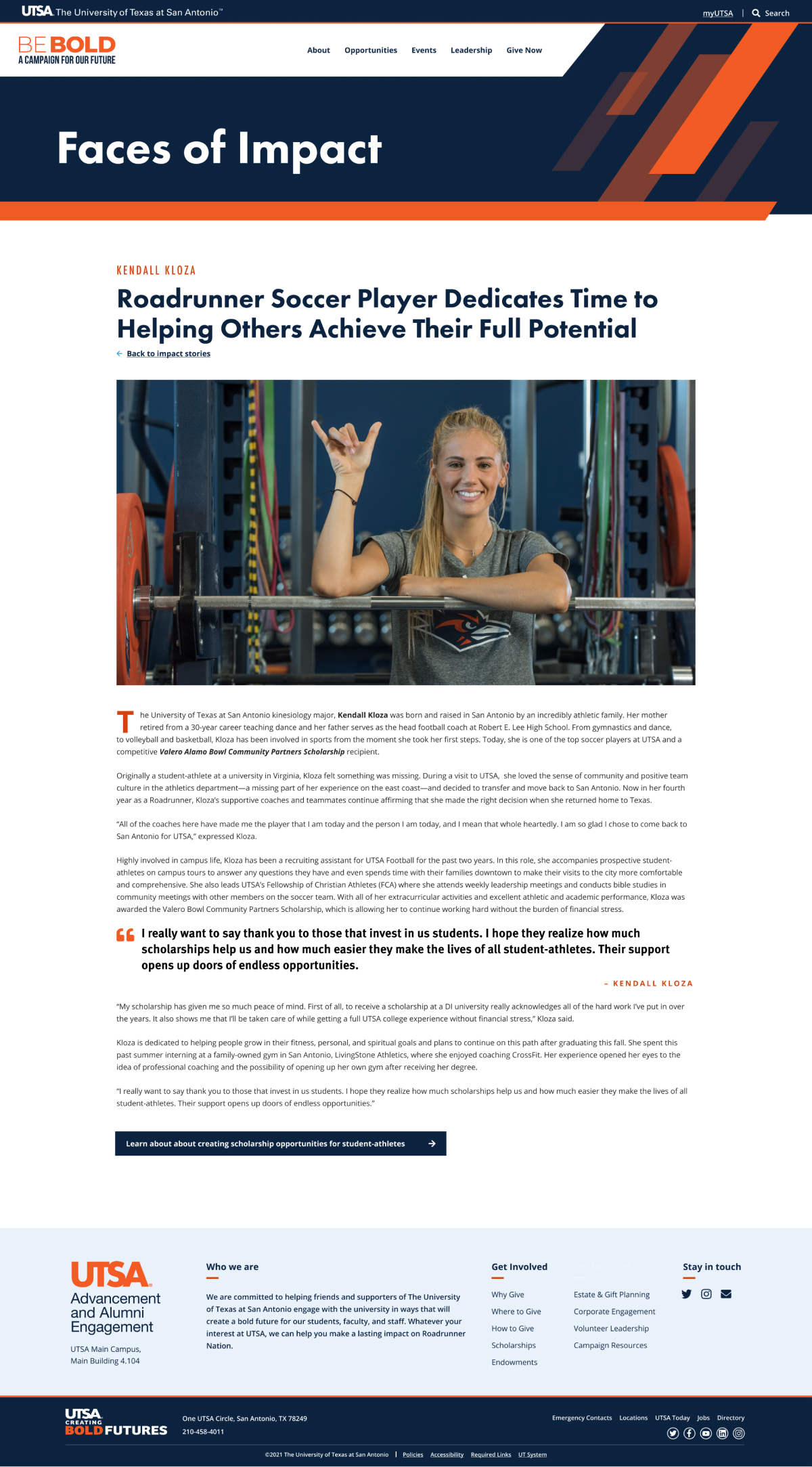 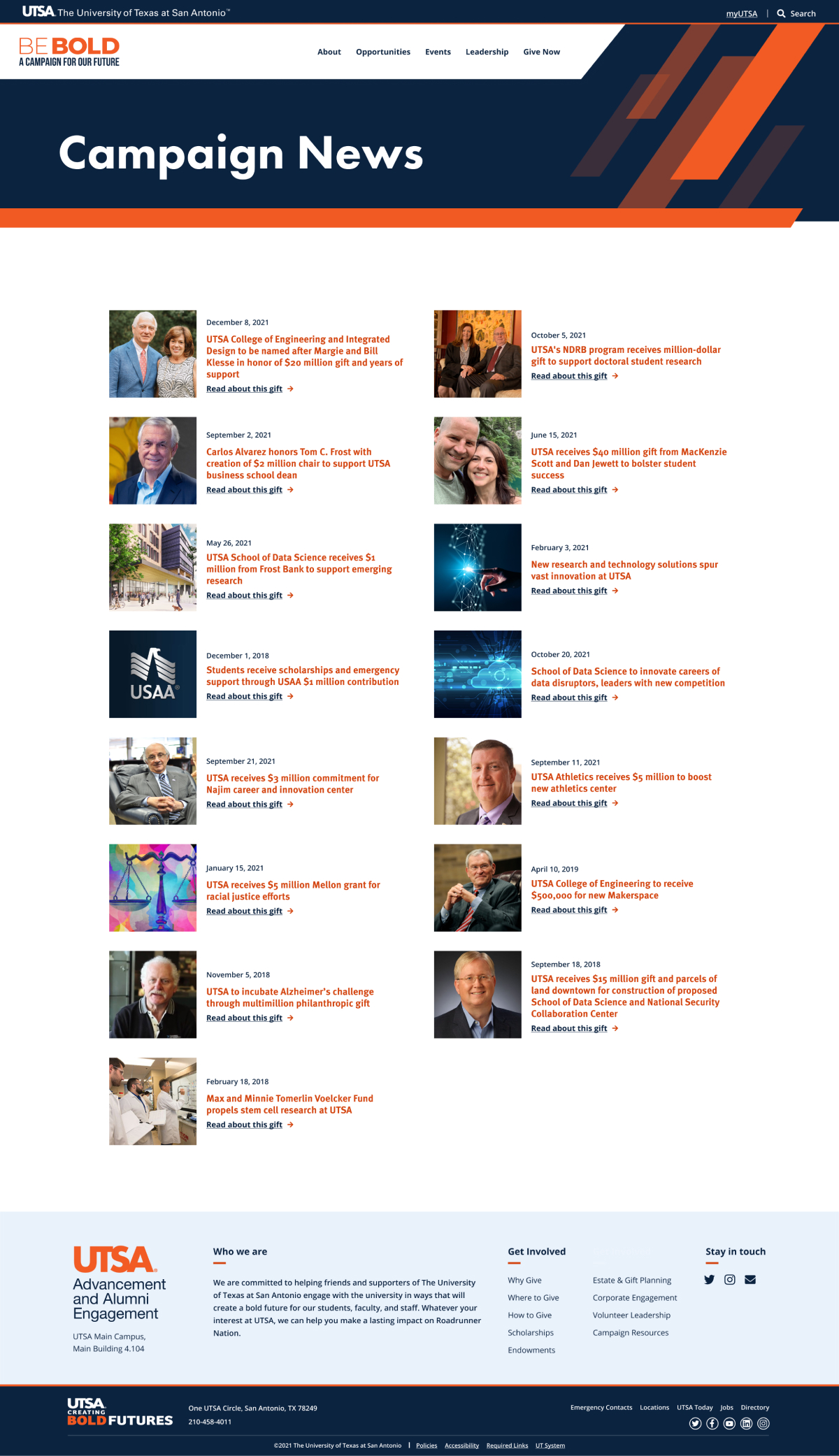 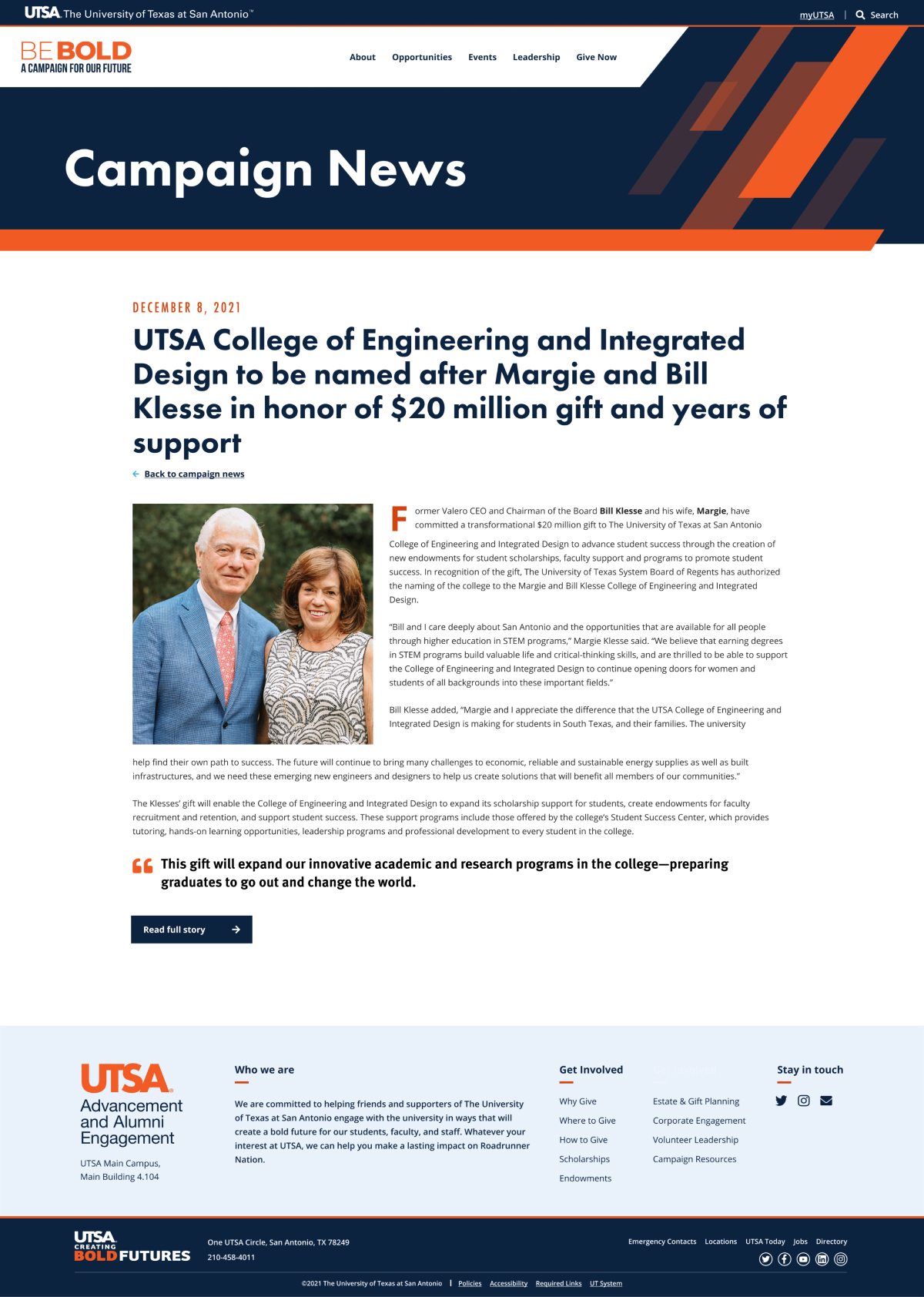 Back to design projects